Our planet is brimming with diversity and cultures that are rich in folklore and traditions. Holidays are a great way to learn about our neighbors and expand our own universe.

Meanwhile, there are literally thousands of holidays and special days throughout the world. And here on Big Holiday, you can find a large variety of these popular, cultural, religious, and offbeat holidays.

Explore July 14 holidays, festivals, and observances celebrated around the world and more happenings worth remembering, from our comprehensive list of July 14 national days or public holidays with dates and information on the origin and meaning of holidays.

We have compiled the long list of observances on July 14, notable events, national days in July 14, federal to regional holidays from all over the world. Also included are possible special bank holidays which falls on July 14 globally.

In modern times, July also has 31 days. It is the warmest month of the year in the Northern Hemisphere and coldest month in the Southern hemisphere.

July is the seventh month of the year, has 31 days, and is named after Julius Caesar.

The word holiday has differing connotations in different regions. It can exclusively be refer to the nationally, religiously or culturally observed day(s) of rest or celebration, or the events themselves. While the word july refer to the period of time where leave from one’s duties has been agreed.

July is a festive month. We celebrate the Fourth of July (also known as Independence Day) a US holiday in commemoration of July 4, 1776, the day on which the original 13 colonies of the United States declared independence from British rule. July 14 marks the fall of the Bastille in 1789, and the day known as Bastille Day is a national holiday of the French republic.

July 14 is International Nonbinary Person’s Day, which raises awareness about those who do not fit into the binary male/female division.

The date is most famously associated with the Storming of the Bastille in Paris, the event which escalated widespread unrest into the French Revolution. Bastille Day (Fr. Fête nationale) remains a day of national celebration in France. 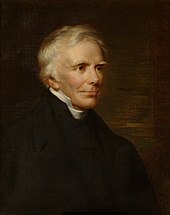 John Keble’s feast day is 14 July, the anniversary of his Assize Sermon on “National Apostasy” in 1833.

This calendar for the national days of July (July 14 in particular) gives a quick look at the day of the month to find out what food, drink or topic July 14 day celebrates.

Check out more July events, July holidays, events and observances. or by checking any date from the calendar below.