Our planet is brimming with diversity and cultures that are rich in folklore and traditions. Holidays are a great way to learn about our neighbors and expand our own universe.

Meanwhile, there are literally thousands of holidays and special days throughout the world. And here on Big Holiday, you can find a large variety of these popular, cultural, religious, and offbeat holidays.

Explore June 6 holidays, festivals, and observances celebrated around the world and more happenings worth remembering, from our comprehensive list of June 6 national days or public holidays with dates and information on the origin and meaning of holidays.

We have compiled the long list of observances on June 6, notable events, national days in June 6, federal to regional holidays from all over the world. Also included are possible special bank holidays which falls on June 6 globally.

Identified as a counterpart to the Greek Hera, Juno was an important and powerful ancient Italian deity who became the protector of Rome, wife of Jupiter, queen of gods, and goddess of marriage, childbirth, and fertility.

According to tradition, the birthstones for June are pearl, alexandrite, and moonstone, all representing health and longevity. The June birth flowers are the rose (Rosa) and the honeysuckle (Lonicera caprifolium).

The word holiday has differing connotations in different regions. It can exclusively be refer to the nationally, religiously or culturally observed day(s) of rest or celebration, or the events themselves. While the word june refer to the period of time where leave from one’s duties has been agreed.

June has its share of celebrations and holidays. As you probably know, it’s the month we honor the fathers in our lives with Father’s Day on the third Sunday in June (June 20, 2021) and commemorate the emancipation of the last enslaved African Americans on Juneteenth (June 19). The month of June is Pride Month, a month-long observance in celebration of lesbian, gay, bisexual, transgender, and queer people—and the history, culture, and contributions of these people and their communities.

The date is most famously associated with D-Day on Tuesday, 6 June 1944, when the Western Allies carried out landing and airborne operations in Normandy to begin Operation Overlord during World War II. D-Day (codenamed Operation Neptune) was the largest seaborne invasion in history. It began the liberation of German-occupied France to lay the foundations of Allied victory over Nazi Germany, finally achieved in May 1945.

Tommie Smith, born 6 June 1944, at the 1968 Olympic medal ceremony where he and John Carlos (behind) protested against racism 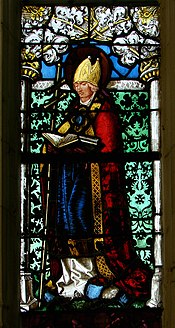 6 June is the feast day of St Claude

This calendar for the national days of June (June 6 in particular) gives a quick look at the day of the month to find out what food, drink or topic June 6 day celebrates.

Check out more June events, June holidays, events and observances. or by checking any date from the calendar below.